Epic Games is celebrating the 10th holiday and is giving away Metro: Last Light Redux, a survival horror game with an intense story. 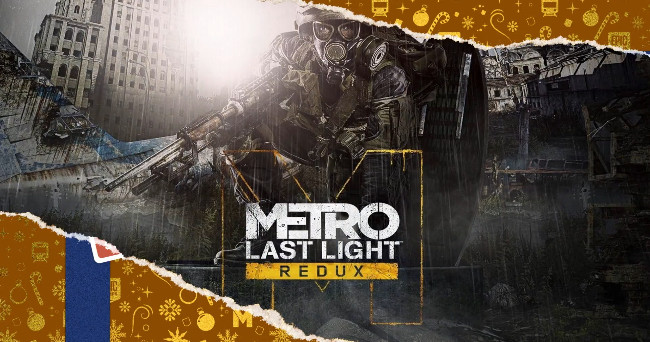 
Keep going. No waiting. for popular platforms Epic Games Store that comes with an activity to give away free games in a row 15 day, which now the activity has arrived Day 10 after way Epic Games has released the game Encased to receive each other for free, which can read more details inthis article

Grab Encased and dive into a dystopian environment before it’s too late! https://t.co/P9aE2tfHeX pic.twitter.com/bAref9d6uI

for the next game on the way Epic Games will be distributed this time as a game Survival Horror that comes with the most complete story from the way 4A Games It will be a game Metro Last Light Redux Let’s go get it for free from December 24th at 5:00 p.m. – December 25th at 5:00 p.m.

Ah, nothing screams the holidays like a post-apocalyptic game set in 2034.

Claim Metro Last Light before the mutants get you 💨 https://t.co/P9aE2tfHeX pic.twitter.com/6SeyuLGi59

by game Metro: Last Light Redux It will be a first-person perspective game. 1 Including the game is set in a world on the verge of collapse due to the event of a nuclear bomb. and caused the collapse of the Soviet Union As a result, most people have to move their kitchens from home. to live in the subway Moreover, in the world above, there are many monsters waiting to devour their prey in the darkness.

It can be considered as another good game that is interesting, especially for people who like genre games. Survival Horror Including a love for the full storyline would definitely be very fond of this game Finally, for some people, it may be too late to see this article. But still feel interested in the game, can buy this game either way Steam and Epic Games Store together

HoloCure has announced a version 0.4 update to the game in early February.

Bandai Namco has revealed that its team is working hard to resolve an update for Dragon Ball Z: Kakarot on Xbox.

Among Us VR sold over 1 million copies after just 2 months of release.

HoloCure has announced a version 0.4 update to the game in early February.

Bandai Namco has revealed that its team is working hard to resolve an update for Dragon Ball Z: Kakarot on Xbox.

Among Us VR sold over 1 million copies after just 2 months of release.

Details about iOS 17 appeared on the Internet: design like iOS 16, improved stability...