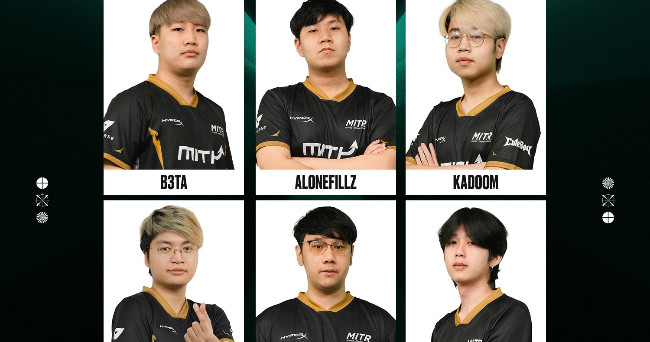 
Started the battle for the first week on the list. 2023 VALORANT Challengers Thailand – Split 1 regular season After a few days we have presented the list of teams and the schedule of various matches, which are divided into 3 competition period which can read more details atthis article

In which the competition in the first week will begin in January 21 – January 22 which will compete each day 2 pairs, 4 pairs in total which consists of

For the opening match, it will be a round that ends quite quickly. Because it is a meeting between a skilled invitational team and a qualifying team from the round open qualifying round The invited teams are all high-level teams with a lot of competitive experience. Thus causing this victory to end quickly. consisting of

By competing in the first pair, it must be admitted that it is quite tight. Until causing the competition to shoot until the last map In the second match, although the match ended in the map. 2 But with the attack of both teams Therefore making today’s competition quite fun and exciting, the summary of today’s competition consists of

As for the total score of both 8 Teams During the first week there will now be a total of 4 teams earning points. which consists of FULL SENSE, MiTH, Esport that is sharper and NKT team But even if they get the lead first It doesn’t mean that you can be calm. Because the competition still has several weeks left. Which had to wait and follow to see if after this the scores in the table would be changed in what form? We have to wait and see.

Finally, a summary of the competition on the list. 2023 VALORANT Challengers Thailand – Split 1 regular season want to find 4 team to compete in the next round playoffs which must wait and follow which team will stay And which team is going to have to wait and see

Ahead of the New Year, OPPO has released a new version of Reno 7...

Google search results have become a breeding ground for malware